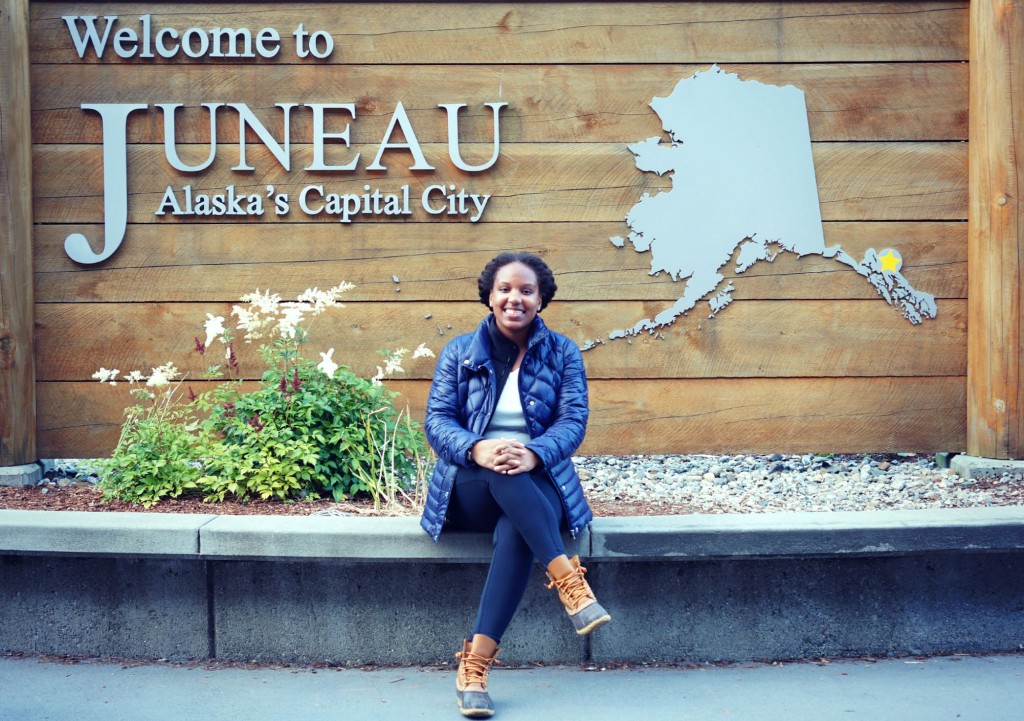 We had so much fun in Ketchikan that I thought it would be hard to top, but Juneau turned out to be our favorite port of the entire cruise! We had an absolutely unbelievable jam-packed adventure that day that still manages to bring a big ol’ smile to my face everytime I think about it. One item I was really grateful for purchasing before this trip was my packable down jacket. It folds up into a small little pouch but still kept me warm and cozy. It was almost 70 degrees in Juneau that day, so I wound up taking it off almost immediately after taking this picture. But it wound up coming in handy later on that day as you’ll soon find out… 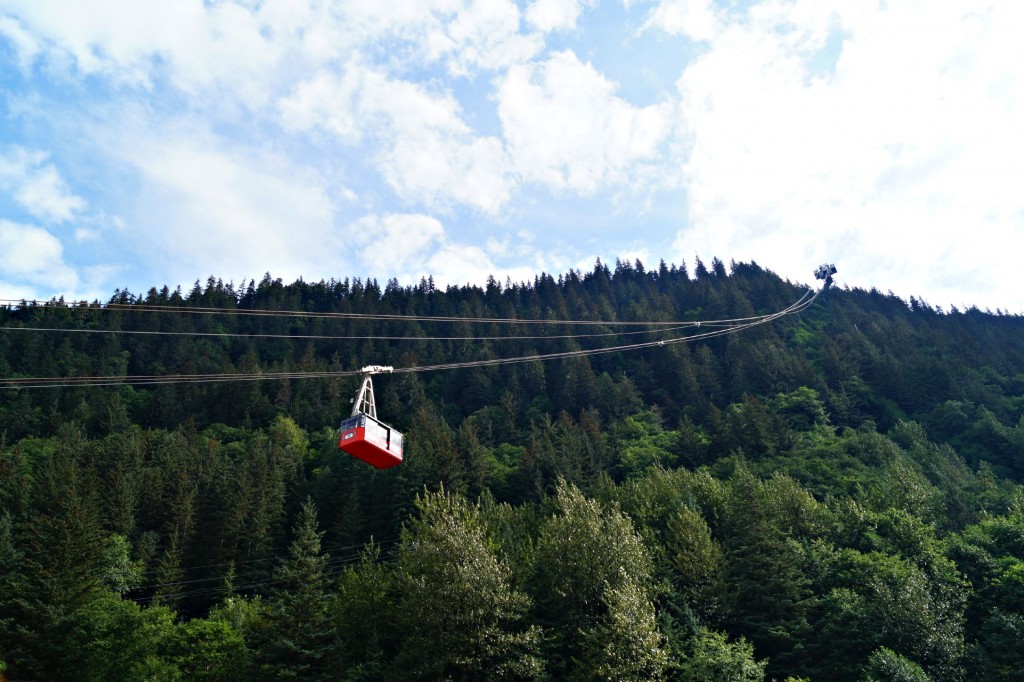 The first thing we did after leaving the ship was hop onto the Roberts Tramway to soar 1800 feet up the side of Mount Roberts. The ride lasted a few minutes and gave us glorious views of Juneau and the Gastineau Channel below. 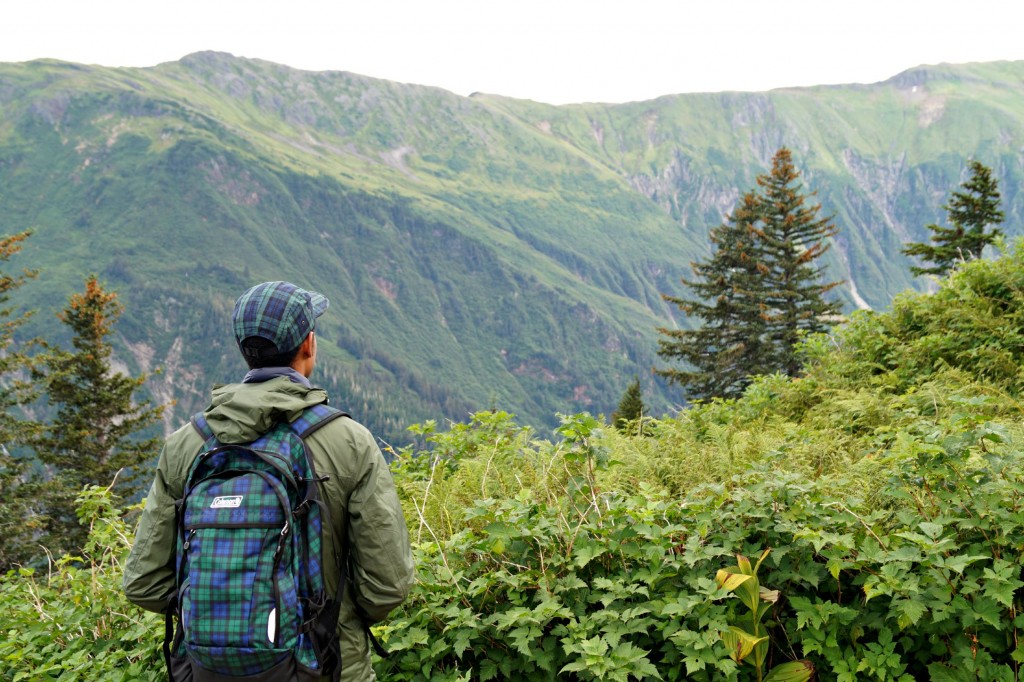 Once we made it to the top, we took a short hike through the rain forest and into a sub-alpine meadow. Some folks ahead of us double-backed and warned us about a black bear on the trail up ahead! So we used that as our cue to turn back and start heading for the nature center we passed on the way up. 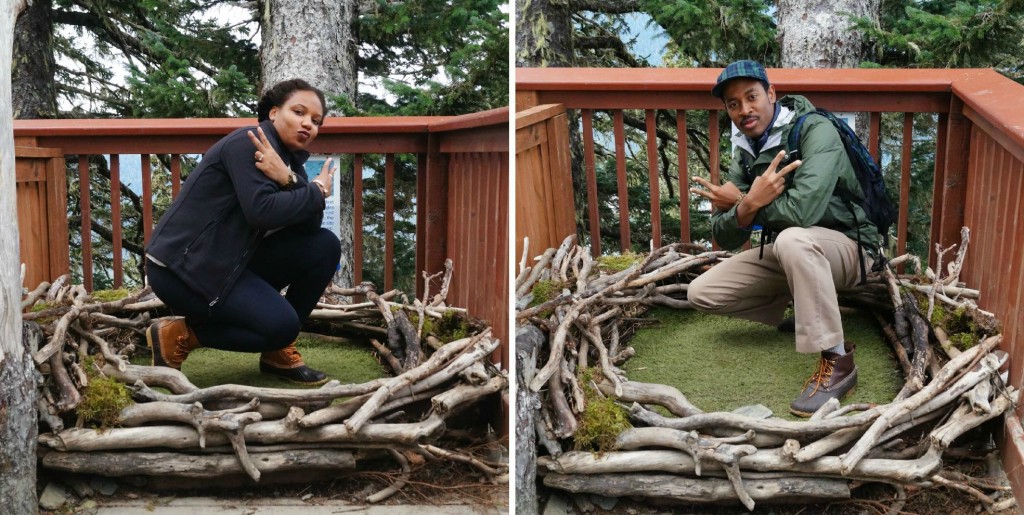 And of course neither of us could resist climbing into a life-size replica of an eagle’s nest. I had no idea that they can reach almost a ton in weight! After taking the tram back down to city level, we were off onto our next adventure… 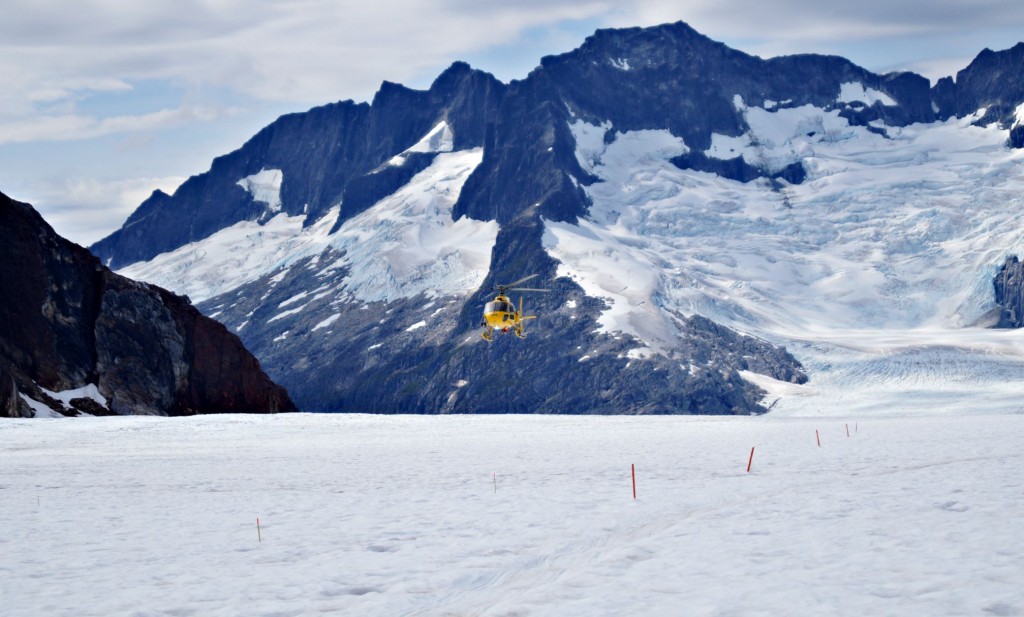 A helicopter ride to the top of Hubbard Glacier followed by a ride on a dog sled!

I told you guys my down jacket would come in handy later! This is another one of those excursions that I debated endlessly before finally going for it. I’m not gonna lie… I got a terrible case of sticker shock when I first looked into this tour. But looking back, I’m 100% happy that we did this. In fact, I would do it all over again if I ever went back to Alaska. There are several booking options in Juneau, but I found the best deal through this one. If you’re doing an Alaskan cruise on a budget, I’d even go so far as to recommend cutting out other excursions and just doing this one. It’s that good. Everything was so quiet, pristine and stunningly beautiful when we landed that it felt like we were transported to another world. 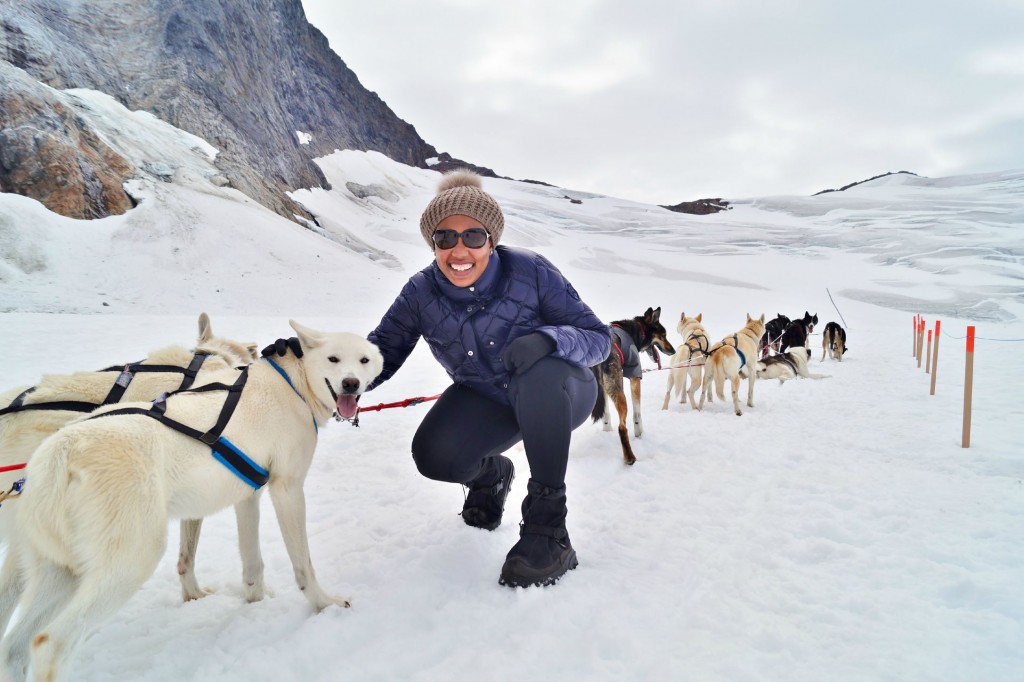 And let me tell you about those wonderful huskies! I’m a cat-person, through and through, but these huskies absolutely stole my heart. They were a little sleepy when we first arrived, but they were wide awake and ready to take off once we got underway. Each dog has a very distinct personality that shines through on the trail, and we got to spend time with each of them and learn all their little quirks. 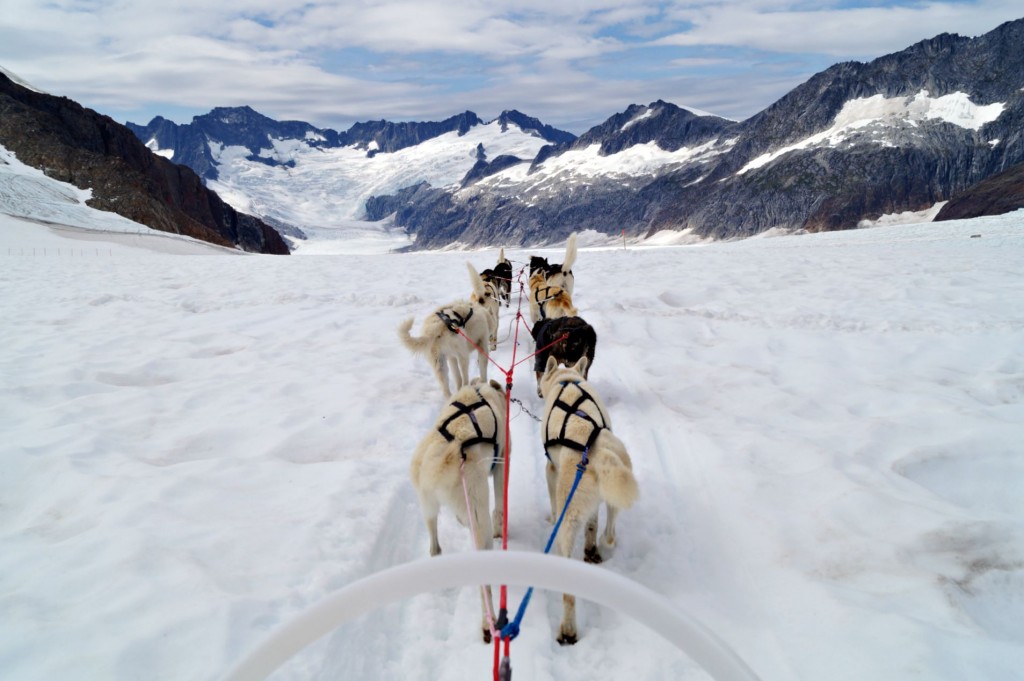 Man, I still can’t get over that view. It was so surreal in person! 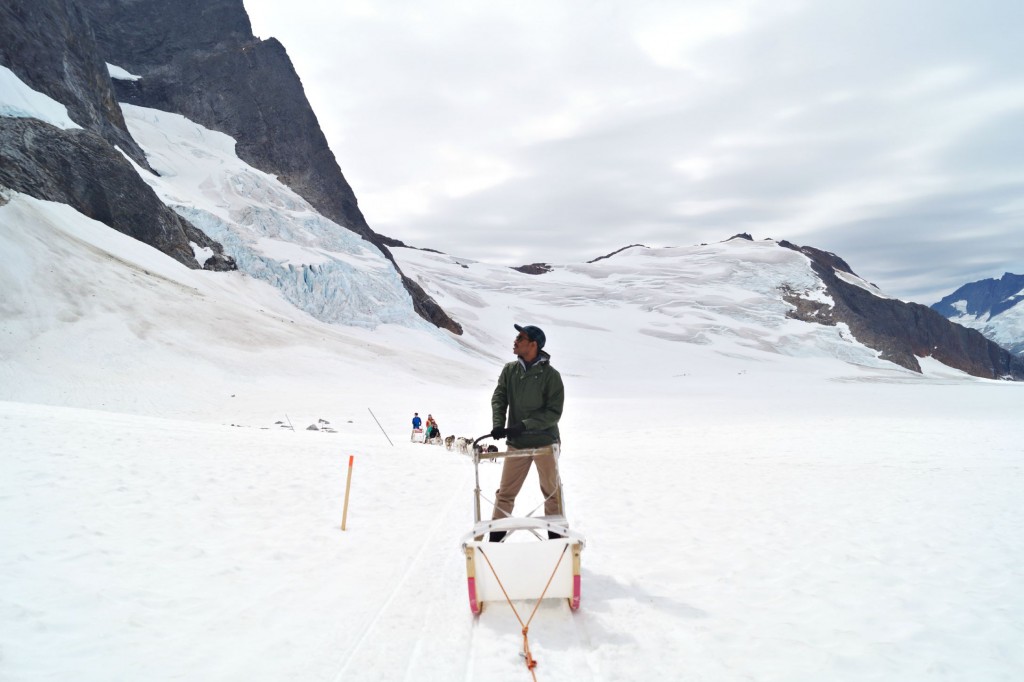 There were three of us to a sled, plus our guide. We each had the opportunity stand up and ride on the back of the sled as well. 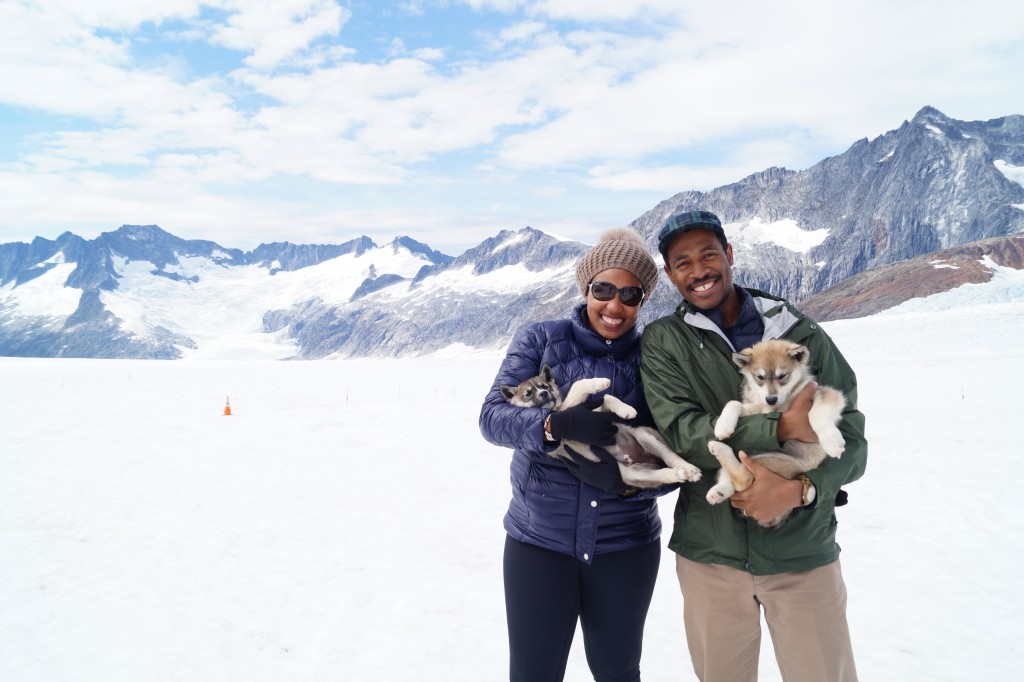 After spending about 30 minutes on the trail, we made it back to musher’s camp where we got to play with puppies! These newbies were only a few weeks old and didn’t even have names yet. I may or may not have tried to place one in my backpack to take home… 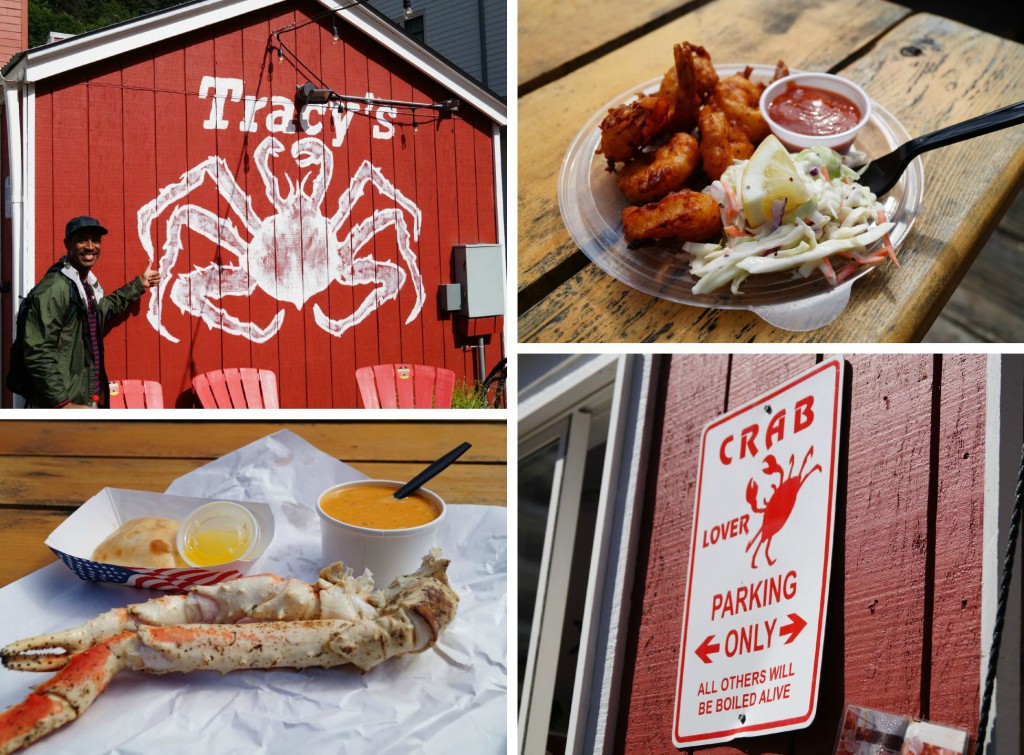 After reaching land again, we were famished. So we headed back to port to grab a bite at Tracy’s King Crab Shack. These seriously may have been the best king crab legs I’ve ever tasted. Everything was so fresh and delicious. I also got a cup of crab bisque that was rich and full of flavor and came with an amazing hot buttered roll. My husband also raved about the fried shrimp. We had a long port day in Juneau and still had a few hours to kill, so we tacked on one last excursion at the last minute… 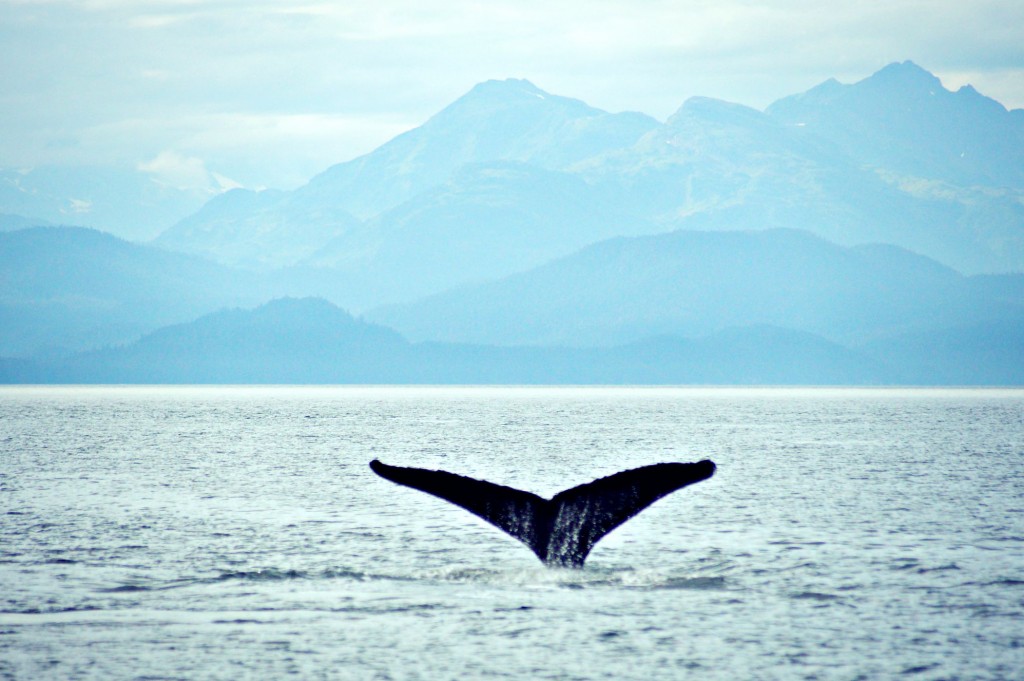 We got incredibly lucky and happened upon a mama humpback whale and her pup during our tour. They  were having a grand old time playing and splashing in the water. They put on quite the show for us and breached several times while we looked on. After that we also chased a school of porpoises for a while. If I thought eagles were tough to capture on film, then porpoises were in a whole other category! 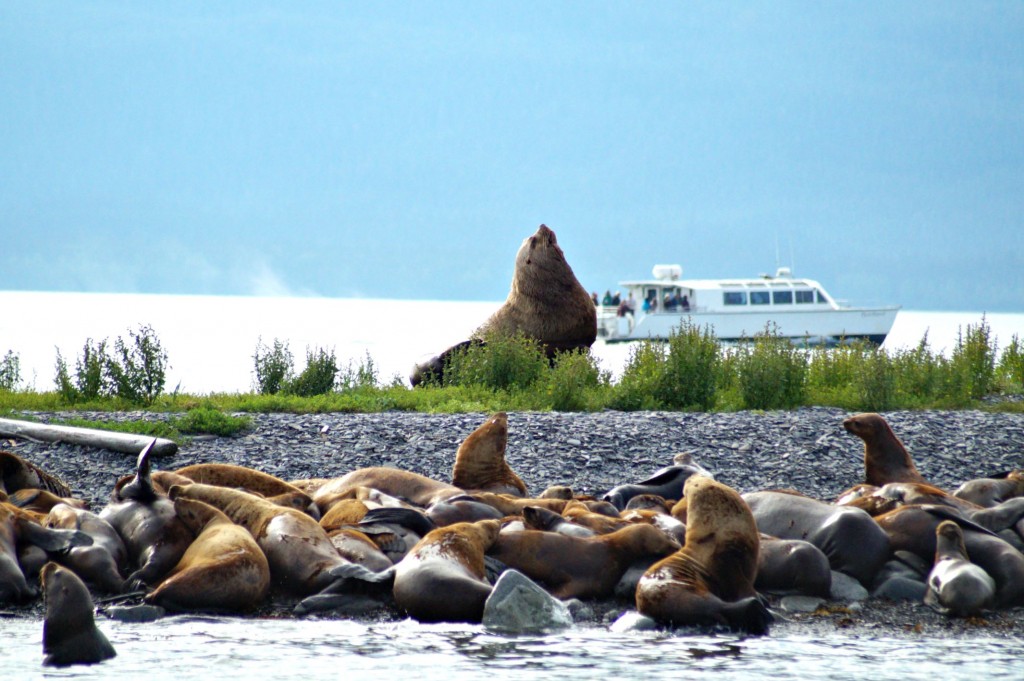 Luckily, these seals were a little more camera-friendly!

All-in-all, our time in Juneau was a top-notch experience. Later on that evening, we made our way back to the ship exhausted but extremely content and ready to take on the next day’s adventure in Skagway. Stay tuned for tales of that journey coming your way. 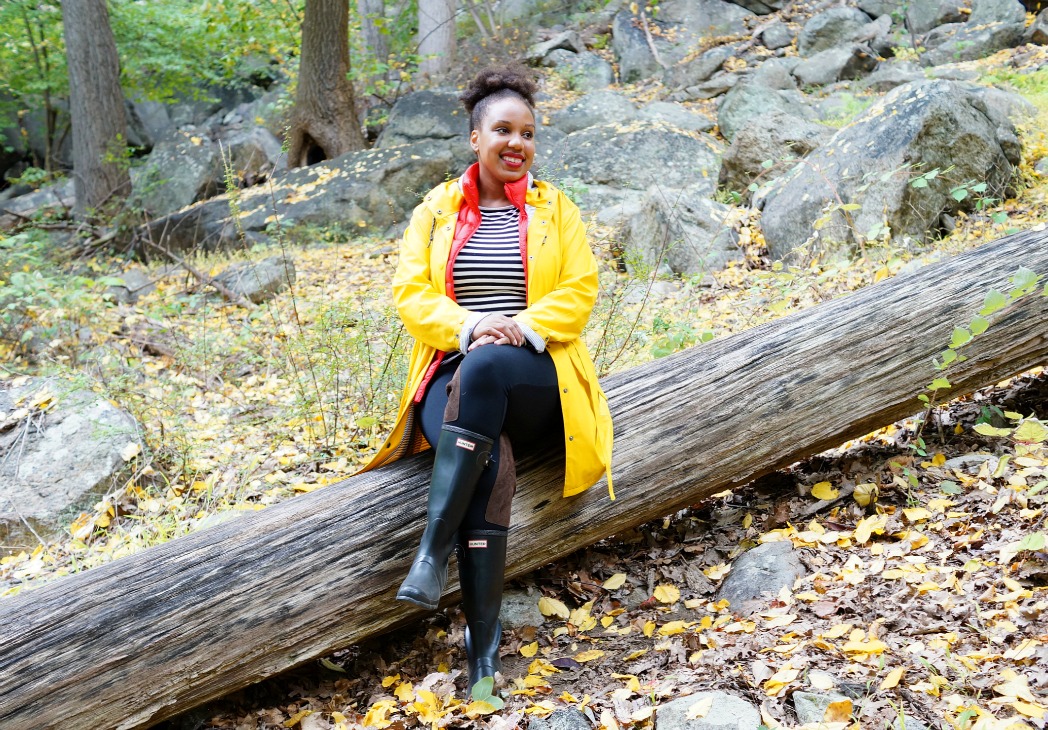 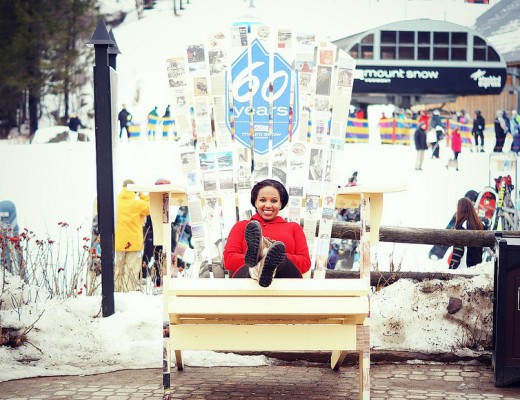 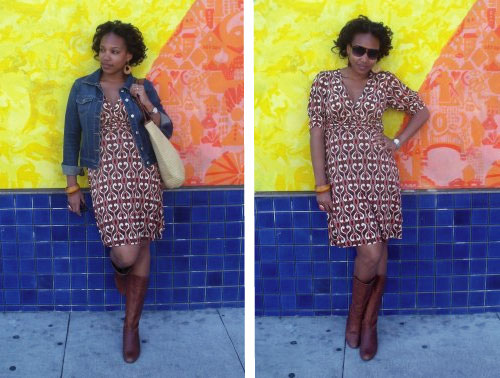